A native of Hoboken, New Jersey, Stephen developed a passion for music at a young age, when he drew notice for playing guitar, singing & songwriting. It’s a pattern that has continued to this day.

Soon after moving to California in 1978, Stephen began studying martial arts in Los Angeles with Hugh Van Patten who introduced him to another young musician in one of his classes, Corey Dee Williams, son of the actor and painter Billy Dee Williams. They hit it off immediately and started a band they called Incognito.

Later it would reincarnate as Atmosphere. When Billy Dee was readying his character Lando Calrissian for movie “Return of the Jedi,” he asked Corey to be his stand-in when the film company went on location in Yuma, AZ.

Stephen was invited to come along so that he and Corey could continue to play and write music. Before long, Stephen was recruited for a part in the film; he was to portray a Gamorrean Guard in service to Jabba the Hut fighting Luke Skywalker in defense of his despicable master and the rest is history. 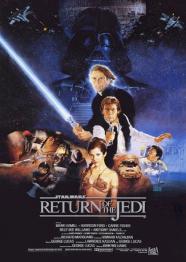 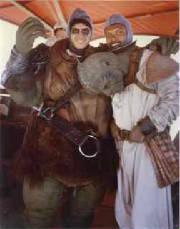 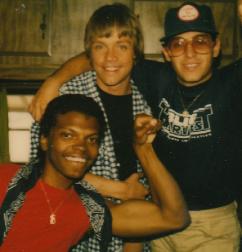 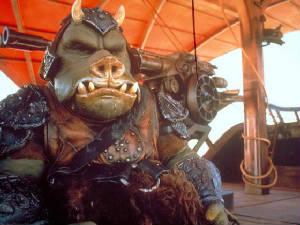 Another one of Stephen’s most enduring musical partnerships has been with actor/director Billy Wirth, still haunting as a vampire in “Lost Boys.”

They formed a band called “The Cronies” in the early ’90s and continue to write songs and perform them at venues throughout Southern California. In addition to providing songs for film soundtracks (“Me & Will,” “Last Lives,” “Looking for Jimmy,” “Java Heads” “Starlight”), Stephen has ventured into movie making himself, having served as a producer of the documentary “Walking After Midnight” and the short “Lone Greasers” and the feature “Starlight.”

Recently, I started a label and recording studio called Gamorrean Sound and have been producing, mixing and mastering all styles of music and artists with legendary engineer Paul Ericksen. I also just reunited with Bret Mazur at Sugar Studio’s LA to work on the music soundtrack for “Walk to Vegas”.

Stephen released a CD of his original music that he produced with legendary producer Robert Margouleff that can be found on the attached site’s. I also have a version of my song “Get Em All” that I collaborated on with Hugo Ferreira for the new Tantric CD called Mercury Retrograde.